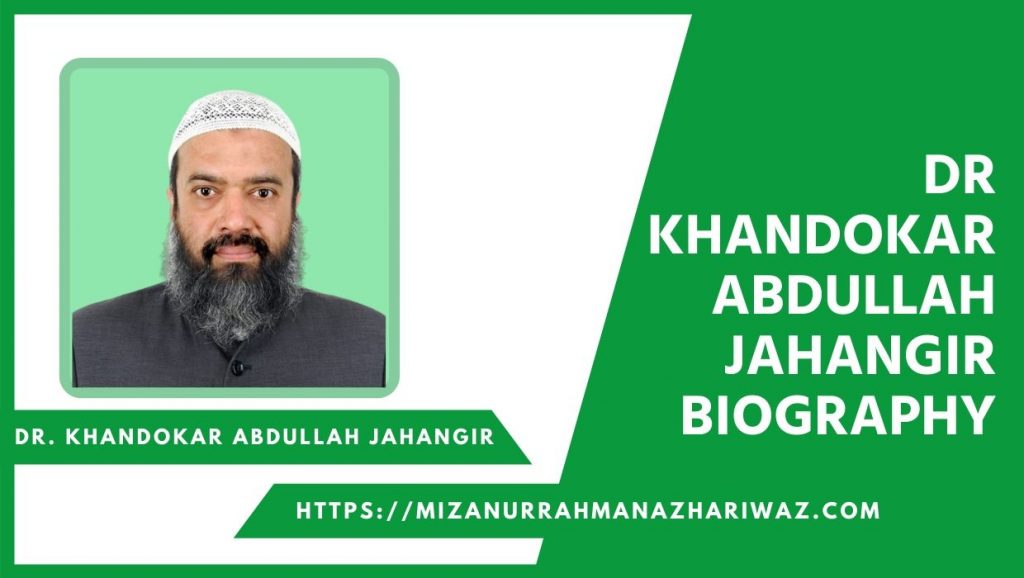 But from time to time, famous people are passing away. And Dr. Abdullah Jahangir has left the earth, conquering the mind of all of us in a very short time by transforming that nugget of nature into reality. But he will live in the heart of our mind forever through his indelible achievements in the service of Islam. Dr. Abdullah Jahangir’s full name is Dr. Khandoker Abdullah Jahangir. He was an accomplished speaker, Islamic thinker, professor, writer, and TV talker.

Dr. Abdullah Jahangir Biography: His father’s name is Khandaker Anwaruzzaman and his mother is Begum Lutfun Nahar. He was born on February 1st, 1961, in the village of Govindpur in the Dhopaghat region of Jhenaidah.

Dr. Abdullah Jahangir Biography: He was educated by the government’s Alia Madrasa from a young age. From here it was submitted periodically, by Alim, Fazil and in 1979, Kamil passed the Hadith section. He then moved to Saudi Arabia for higher education and passed his Honors and Masters from Mohammed bin Saud Islamic Higher University in Riyadh, Saudi Arabia.

He received his Ph.D. degree from the same university in 1998. From a very early age, Dr. Abdullah was very talented in Jahangir’s studies. While studying in Saudi Arabia, it was not interrupted. While studying here, he received the best student award twice from the then governor of Riyadh.

At the end of his studies, he could leave Saudi and want to earn money in both hands. At that time, he turned down many good job offers and returned to the country, ignoring the pleasures of luxury and luxurious life, to spread a simple life as a servant of Islam, spreading Islamic knowledge among all.

Upon returning home, he joined Kushtia Islamic University in 7 as a lecturer in the Department of Al-Hadith and Islamic Studies. While teaching here, he received advanced training in Islamic Development and Arabic Language from Indonesia in 1999.

In 2009, he was promoted to Professor of Kushtia Islamic University. He also taught at Bukhari Sharif as a part-time Shaykhul Hadith at Darussalam Madrasah in Dhaka. In his career, he used to teach Islamic at Waz Mahfil in addition to his teaching. He also spent most of his time discussing TV and writing Islamic books. He used to regularly discuss Islamic discussions in various channels of Bangladesh including Peach TV, Islamic TV, ATN Bangla, ETV.

Dr. Abdullah Jahangir wrote more than 50 books on Islamic social reform research and teaching in Bangla, English, and Arabic in his short working life. Among these books, one of his special books in Arabic is Adabul Hadith, which was published in 2007. He also authored in English, A Woman From Desert, Guidance for Fasting Muslims, A Summary of Three Fundamentals of Islam.

Finally, the prominent Islamic scholar of Bangladesh died in a road accident on May 11, 2016. May Allaah Ta’ala grant this great knowledge of Islam to the highest place in Paradise after his death. Amin.